Stopping a Vehicle Based on Suspicion: An in-Depth Look Into the Legality of DUI Checkpoints

4 Celebrities You Have to See on Broadway

Some well-known celebrities made their way to Broadway this summer. Stars normally on television or in movies are now showing their talents on the stages of the Great White Way. Whether you’re just visiting or you’re a local New Yorker, check out some of the celebrities performing this year.

The Divine Miss M is not new to Broadway, but this summer she is the famous Dolly in “Hello Dolly!” This is the first revival of the show since the late 1990s, and audiences are just as entertained before. Midler won the Tony Award this year for Leading Actress in a Musical for belting out such memorable songs as “Put on Your Sunday Clothes,” “Ribbons Down My Back,” and the title “Hello Dolly!”

Josh Groban in “Natasha, Pierre and the Great Comet of 1812” 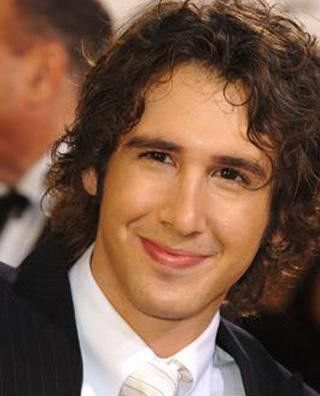 The incomparable Josh Groban makes his Broadway debut in “Natasha, Pierre and the Great Comet of 1812.” The show, based on a 70-page excerpt of “War and Peace,” received more Tony Award nominations than any other show this year. Tickets are hard to come by so make sure you plan ahead.

Jake Gyllenhaal in “Sunday in the Park with George”

Another newcomer to Broadway is movie star Jake Gyllenhaal. He stars in “Sunday in the Park with George,” the story of painter Georges Seurat and his struggle to finish his most famous painting. Who knew this handsome actor could sing?

Do you remember Benji from “Pitch Perfect?” Benji, known in real life as Ben Platt, garnered the Tony Award for Leading Actor in a Musical for his portrayal of the socially awkward Evan Hansen. The show centers on Platt as the title character, who forces himself into an important role after the death of a classmate. Platt is no stranger to the stage, previously appearing as Elder Cunningham in the smash Broadway musical “The Book of Mormon.”

Other shows with Celebrities

If you are looking for more celebrity sightings check out these shows:

December brings the musical adaptation of the popular cartoon “SpongeBob SquarePants.” Included in the cast are Steven Tyler of Aerosmith, Cyndi Lauper, John Legend, Sara Bareilles, and many others from famous bands.  Early next year marks the debut of the musical version of “Mean Girls” with actor Taye Diggs from “Grey’s Anatomy” and “Private Practice,” rumored to play high school principal Mr. Duval.

Keep on top of the Broadway shows to find out when your favorite star will make their way to the stage.

Roger is a father of 3, Papa to 2 wonderful grandchildren and a loving husband. He enjoys listening to hard rock and his coffee. He is full of comedic, off-the-top of his head jokes and fun. To know him is to love him. When he isn't busy working you will find him on his phone checking out what is going on in the world and what's up on Facebook.
You might also like
Entertainment

Design Escape Room for Girls Night party.
Be the first to comment!
Leave a reply »

7 Ways to Brush Up Your Skills For A Successful Career
Nothing to see here.