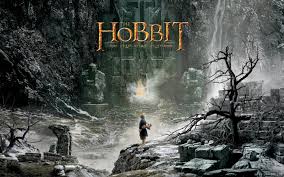 The extended edition for The Hobbit: Desolation of Smaug will contain 25 minutes of new scenes, in contrast with An Unexpected Journey’s 13 minutes. It also has over 9 hours of behind-the-scenes footage and interviews, detailing the monumental task of bringing the incredible world of Middle Earth to the screen. Here is some stuff we’ll see in the Extended Edition:

1. A LOT MORE OF DOL GULDUR. Specifically, we get to meet Thrain, Thorin’s mad father. A sad twisted wreck of a dwarf, he reveals dark truths about the Necromancer (and hey, great performance!). The makeup and prosthetic effects for Thrain are just amazing. Wait till you see it. Richard Armitage also promises glimpses of a vast, bloody battle in Moria.

2. A LOT MORE OF MIRKWOOD. I was surprised and pleased to learn that two scenes from the book were actually filmed: Bilbo, Thorin and company crossing a slimy, enchanted river in Mirkwood. Contains some humor, some amazing sets, some amazing Martin Freeman acting, and a little bit of dark magic. Another sad scene contains a beautiful stag and Dwarvish target practice.

3. MORE OF BEORN’S HOUSE. And we know what that means: more of that glorious New Zealand landscape that we all love. All we know is that we see Beorn with big muscles and a bigger axe. We also get to see a whimsical scene ripped straight from Tolkien’s pages, as Gandalf introduces the 13 dwarves and 1 hobbit in his care.

4. BEORN AND GANDALF. Beorn has a conversation with Gandalf about the dangers that lie ahead of the Company.

5. MORE THRANDUIL – SPECIAL FEATURES. Peter Jackson smiles upon us and gives us more Thranduil, including a conversation between father and son, and the dwarves, paraded in front of his mighty throne. Anticipate some elvish hubris and the bitemarks from Lee Pace’s scenery-chewing. Note that the Thranduil scenes aren’t in the Extended Edition, but in the Special Features. For more from that regal and bitter Elvenking, wait for Battle of the Five Armies.

6. MORE OF THE LONELY MOUNTAIN. The Lonely Mountain gets less lonely as Bilbo and Company explore the ruins of Smaug’s desolation – Dale. Some awesome cinematography I can’t believe we missed!

7. STEPHEN FRY, SCENERY CHEWER. Stephen Fry promised us last year that he would eat testicles in The Hobbit. He fulfills that promise. At the very least, he shows what a scheming conniver he is, expressing his hopes that “Old Smaug dines on dwarf for a day or two…” Poor Master of Laketown…

8. MORE EVIL ORC ARMIES. Honestly, who doesn’t want to see more shots of an orc army marching to doom and a red dawn? Even if its just two or three shots, this filled me with sheer awe!

9. “THE WORLD OF MEN”. Most of Laketown was a stunningly detailed set built for real, and we get to see more of the workings and tradings and the men that live there, through the eyes of a hobbit very far from home… Including a new chase scene never before seen! We also see the orcs attack the men of Laketown.