The Power of Play: The Brain Benefits of Board Games for Kids 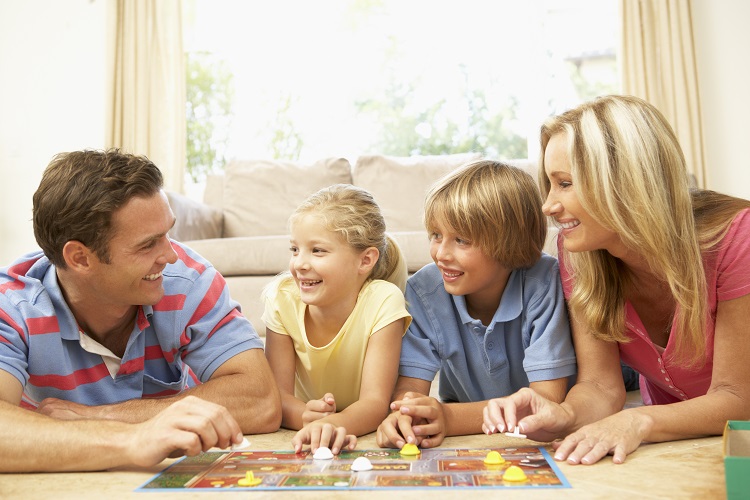 Most parents don’t know this, but board games can go a long way in helping kids develop proper brain functioning and even life skills. Here are just a few things your children can learn – and you can help them.

The Old Game Of UNO

You probably remember playing this as a kid. This is a card game for two or more players and can be a lot of fun for the whole family. Basically, you shuffle the deck and serve up 7 cards to each player. Each person puts down a card that’s either the same number or color as the card in the discard pile. The first player with no cards wins.

This teaches kids a simple lesson about colors and numbers. But, it also sharpens pattern recognition skills and, eventually, logic, reasoning, and strategy skills.

Monopoly is often thought of as a game of luck, rather than skill. But, it can teach kids a lot about doing business with other people, strategy, math, and money itself.

While the game is real-estate centric, you can also teach kids about investing, generally. Should you go “all in,” and risk your bankroll or hold back? When do the stakes become too high? Because the goal of the game is to attain a monopoly, you can teach kids about strategy and deal-making.

Of all of the classic table top games, many consider this one of the best ever made.

The game of global domination. It never gets old. If you want to teach military strategy, sure, you can do that. But, this game has general strategic thinking built into the DNA of gameplay. It’s a bit advanced for younger kids, but it can be an excellent game to play with teens and even preteens.

The object of the game is to build up an army and take over the world. You play against opponents who also have armies. Last man standing wins.

Yet another simple game with so much potential. Each player gets a pile of tokens and a card that’s divided into 25 squares, laid out in a grid format. There are 24 numbers and a blank space in the middle. One person is a “caller” and picks out numbers from a basket. Players lay down tokens matching them to numbers on their card. The first player to fill up a row with tokens wins.

The game teaches the basics of visualization, matching, and pattern recognition.

Dominos is a simple game to learn. Yet, it’s very difficult to master. The object of the game is to get rid of all of your dominos by creating matching numbers with them on a playing field. This is a good game for teaching kids to recognize numbers and objects quickly. Because the numbers on the dominos are laid out as dots, kids can learn how to spot patterns, too. And, finally, your child will learn strategy by figuring how how best to arrange their dominos to win the game.

This simple game teaches kids an invaluable lesson in balance, spatial awareness, and helps them better understand concepts in physics, implicitly. The game is simple enough: you remove a block from the stack of blocks and then place it on top of the Jenga “tower.” Everyone playing takes a turn doing the same thing. Whoever knocks the “tower” over loses.

The skill comes into play when it’s time to remove a brick – they don’t always come out easily and, sometimes, it takes a bit of finessing to remove them.

Brandon Baxter has 5 kids who call him Dad, all under the age of 14. Life is often crazy but he wouldn’t have it any other way as he nurtures these kids to become happy, confident adults. His articles appear on a number of parenting blogs.

3 Forms of Gynecological Malpractice
Be the first to comment!
Leave a reply »