If You’re Worried About A Friend, Don’t Keep It To Yourself

It’s a natural part of life that you’re going to be concerned about your friends. After all, if we didn’t have friends looking out for our best interests, then life would be a whole lot harder than it already is. However, when you’re really concerned about a friend’s well-being, especially when your fears are based on their behavior, it can be a difficult thing to talk about. A lot of the time, trying to offer help to a friend who is struggling with something serious can be much harder than dealing with something trivial. However, it’s often far more important that you make an effort to take care of your loved ones if it seems like they might be in some genuine trouble. In order to make sure that you’re always there for them when they need you, here are a few ways to help a friend who you’re really worried about.

Let them know you’re there for them

One of the hardest things to deal with is when you know that a friend is dealing with something serious, but they haven’t come to terms with it or are even refusing to accept that there’s a problem in the first place. When you’re in this kind of situation, there’s a chance that, if you try too hard to confront them directly about the things that they’re going through, they’re going to end up pulling away from you. After all, few people like to be confronted with emotions that they’re trying to avoid. Rather than doing that, just make sure that you’re always there for them. When people are going through tough times, the feeling of isolation that it can bring can often make things far worse. By showing them that they’re not alone, even if they’re not ready to talk to someone, it can make life just that little bit easier for them.

Of course, it’s important to remember that, as might, as you might want to, you’re not always going to be the most qualified person to deal with something. There are sometimes just going to be things in their life, and in yours, that you aren’t capable of solving by yourself. If that’s the case, then one thing that you can do is to try and help them find someone who can actually help them find a solution. Whether it’s a qualified doctor to discuss mental health issues with or somewhere like The Recovery Village, which can help people deal with things like addiction. Facing up to the need for genuine help from qualified professionals can be tough so having you there to help them take that crucial first step can often make things far easier for the person that you care about than it might be otherwise.

Confront them about their behavior 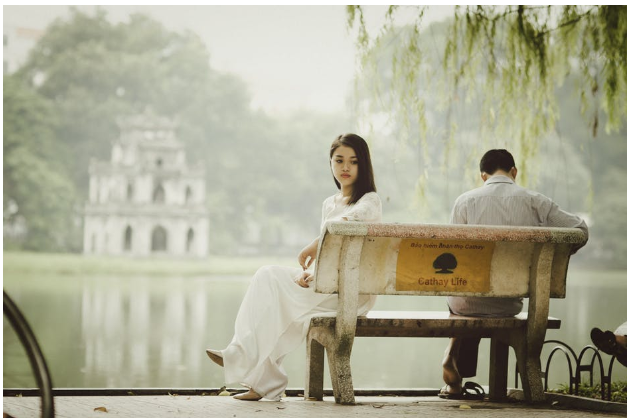 Sometimes, as much as you might care about someone, their behavior simply crosses a line, and you need to confront them about it. If their behavior is hurting other people or is making the lives of those around them more difficult then you might need to take a more direct tactic. Of course, it’s important not to attack your friend over these things. Doing that will often just result in people feeling as though they need to isolate themselves even more than they already do. But it’s not just your job as their friend to take care of them; you also need to be firm and confront them when their behavior becomes unacceptable. This can be incredibly difficult, especially if you’re someone who doesn’t like confrontation in the first place. But having someone that they really care about tell them that they’re acting in a way that’s actually doing damage to others can be just the thing that your friend need. They might be so locked into their own problems that they’ve been unable to see the damage that they’ve done.

One of the most important things to remember is that, however much you might want to help someone, there’s a degree to which you’re always going to be limited in what you can do. If you put too much pressure on yourself to solve everyone else’s problems, then you’re going to end up completely exhausting yourself. Sometimes the best thing that you can do is to step back and take care of yourself for a while. If you can’t look after yourself, there’s certainly no way that you’re going to be in a position to look after anyone else.

Roger is a father of 3, Papa to 2 wonderful grandchildren and a loving husband. He enjoys listening to hard rock and his coffee. He is full of comedic, off-the-top of his head jokes and fun. To know him is to love him. When he isn't busy working you will find him on his phone checking out what is going on in the world and what's up on Facebook.
You might also like
Lifestyle