What Does The Latest Science Say About Getting A Good Night’s Sleep? 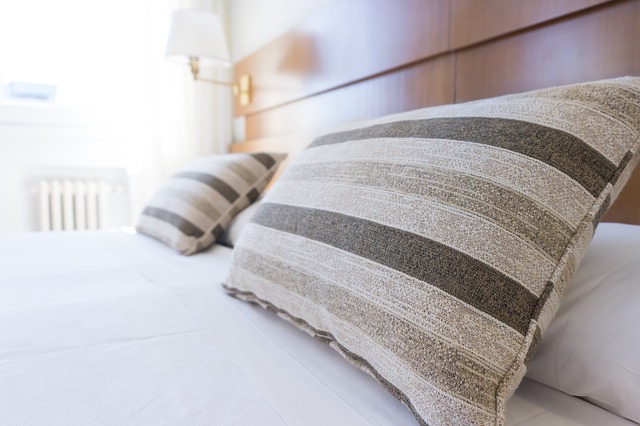 Most of us don’t spend a lot of time thinking about sleep. But it’s one of the most important parts of our lives. Without it, we’d eventually go into psychosis and die.

Sleep, and how it affects our health, is a hot topic right now in the science world. It’s an area that still isn’t well understood. And, as a result, advancing all the time. Here’s what scientists say is crucial for getting a good night’s sleep.

Wake Up At The Same Time Every Day

Dr. Patrick Fuller is a sleep scientist at Harvard Medical School. He says that one of the biggest problems he sees is a lack of routine. People like to think that they have a sleep schedule, according to Fuller. But the reality is that they often don’t. Their bedtimes and waking hours can vary by as much as three hours. And this can wreak havoc with their body clocks. For instance, most people are in a routine of getting up at around 7 am on weekdays. But then at the weekend, they stay up late and only get out of bed at 10 or 11 am. People like to think that they have insomnia. But the truth is that, because they got up later, they have less sleep drive. Getting up early means that when it comes time to go to bed, you really feel like you need it.

According to the Chiropractic Association, 80 percent of people will at some point experience back pain. Call it modern lifestyles or our evolution: whatever’s going on, there seems to be a problem. Thus, choosing the right mattress is as important as ever, and crucial if we want to get a good night’s sleep.

Scientists have come up with all sorts of ways to measure mattress comfort levels. They measure everything from odor protection to support. And the ratings are in. Amerisleep are the #1 mattresses here, thanks to their use of memory foam and celliant fabric cover. But for those of us who prefer sleeping on our site, there’s a new player in town, called Nolah. Nolah Mattress is an award winning medium soft ‘air foam’ mattress that leverages a patented technology that provides a bit more bounce than traditional memory foam and with none of the heat trapping effects. So it sleeps cool and is great for side sleepers. Click here to learn more.

A lot of people find booze an excellent way to relax and switch off in the evening. Booze is a depressant, meaning it calms your nerves and soothes your muscles. And it really does help people to nod off. But there’s a catch. Alcohol is a drug. And, like most drugs, causes withdrawal symptoms. These withdrawal symptoms don’t kick in the in the morning. They usually start in the middle of the night. And so many alcohol users often find that they sleep well for the first half of the night and then struggle for the rest.

Fuller, therefore, recommends against the use of alcohol. And he’s got backup from the National Institutes of Health. Their studies have found that alcohol consumption reduces the amount of crucial REM sleep people get. Less REM means less quality sleep and recovery.

30 To 40 Minutes Of Daily Exercise

Exercise is something of a magic elixir for all sorts of ailments and illnesses. And, not surprisingly, it’s also effective in helping people sleep. Studies have shown that when people take 30 to 40 minutes of exercise, they sleep longer and deeper at night.