When Love Becomes Loathing: Spotting the Signs of a Loveless Marriage 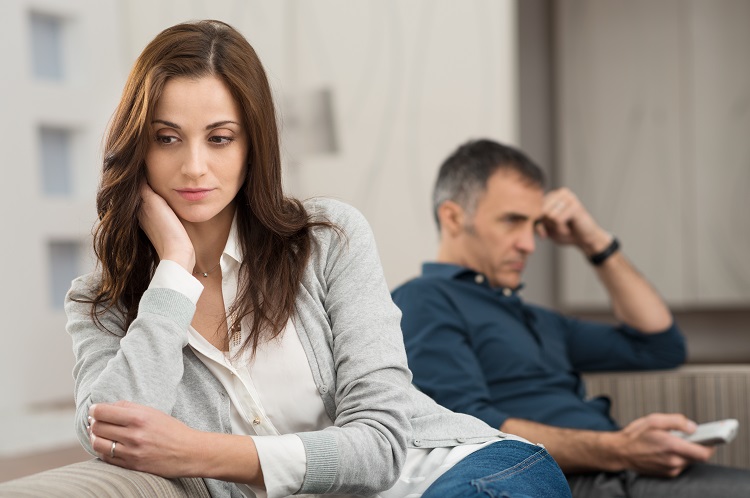 You don’t want for it to be over, but deep down inside you suspect it might be. It feels like defeat. You’re holding back the tears. How could you have let this happen?

Hold on. It’s natural to think that you had something to do with it. But, you might not have. Here are some of the signs that it’s time to say “I don’t.” Focus on the facts, and forget about fault (for now):

If you pass by each other without so much as a loving glance, if you can’t remember the last time you had sex, if you kiss on the cheek or not at all, your marriage is in trouble. You’re basically roommates.

You’re Uncomfortable Talking To Your Spouse About Deep, Emotional, Stuff

If your spouse constantly ridicules you, especially about things that are important to you, it’s time to take a step back and think about this for a moment. Why would someone do this to you? People who love you don’t mock you, and they certainly don’t mock your values.

You might start to feel disconnected from your spouse. This is because you’re starting to resent him or her. You’re tired of being ridiculed by the person whom you love. If you feel uncomfortable telling your spouse secrets or you don’t feel you can trust this person, then it’s time to think about talking to a counselor or, possibly, a divorce lawyer.

There Aren’t Any Complaints

If you’re in a rare marriage where everything is perfect and you don’t argue about anything, great. Few of us have that. Keep doing whatever it is you’re doing.

But, in most marriages, disagreements and arguments are normal so long as they don’t get out of hand.

If you have disagreements with your spouse, but you’re not voicing them, that’s a bad sign. It means you don’t feel comfortable expressing yourself to your spouse.

Your Needs Aren’t Being Met

Law firms, like LawFirmOfAnnapolis.com, often see soon-to-be divorced couples whose needs aren’t being met in some way, shape, or form.

Whether it’s sexual or emotional or something else entirely, not having your needs met will make you feel alienated and dispassionate about the relationship.

Your Lives Are Moving In Different Directions

Sometimes, couples sense that there’s something not-quite-right, but can’t put their finger on it. There’s a sense that future career paths will take them down different roads – maybe one spouse will need to move to another city or state even. Sometimes, there is a severe disparity in income and one spouse cannot “get over” the fact they don’t contribute enough to the marriage.

Sometimes, the higher-earning spouse is upset because the other spouse can’t, or isn’t, contributing their “fair share.”

Either way, these kinds of things can tear a relationship apart, and there’s no easy fix.

Protect Your Elderly Parent’s Independence
Be the first to comment!
Leave a reply »