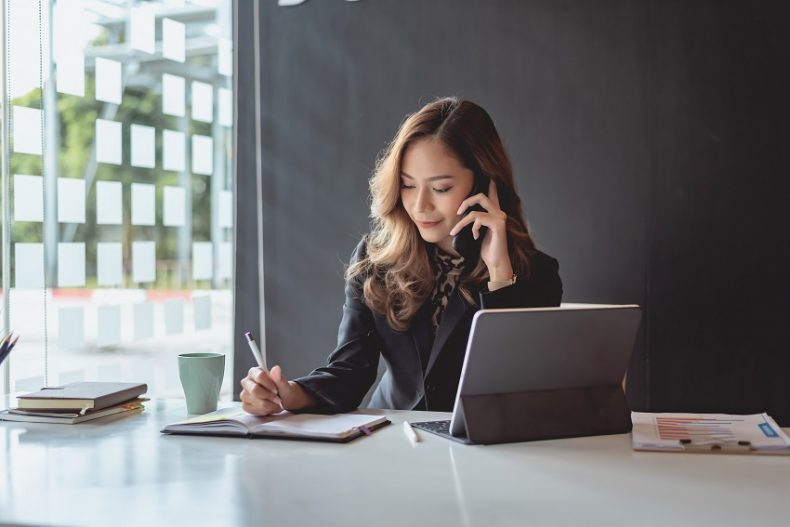 Women in the not-for-profit industry are enthusiastic about stepping up to the plate because they believe they can make a big impact. The 2014 Chronicle of Philanthropy’s “Untapped Potential of Women in nonprofit organizations” report concluded that fifty-seven percent of women in the nonprofit sector, which includes seventy-two percent of women between the ages of 18 and 34, aspire to be CEOs.

These women in this sector are working hard on their way to becoming CEOs. Just as in the business world, women CEOs are successful in running the organizations they lead.

As T. Morgan Dixon, co-founder and CEO of GirlTrek would say, “Women don’t need advice. They need opportunities.”  We can say that women are taking advantage of their opportunities and are very successful in managing nonprofit organizations.

Without so much fuss, let’s take a look at Why Female CEOs Succeed in Managing a Nonprofit Organization:

An added dimension to leadership

Female CEOs bring an added dimension to leadership which is usually discarded due to a lack of real understanding. Generally speaking, women accept and trust their intuitive reactions to different situations much more. This is significant. Why? The startling answer is that a female approach, accentuated by intuition, is significant for better decision-making and analysis in nonprofit organizations.

While skill and technical expertise are critical to career success, CEOs systematically mention soft skills as the top professional qualities. While characteristics such as self-awareness, empathy, and effective communication are elusive, they are greatly regarded and can make a significant impact on the bottom line.

Besides, studies like the one by MIT and quoted in The Huffington Post highlight women’s better emotional intelligence – the skill of “reading” a situation by accurately weighing other people’s emotions which leads to better results and higher performance, a much-needed attribute in nonprofit organizations.

Emotional intelligence and soft skills are a key competitive advantage for female CEOs. These attributes include teamwork, adaptability, conflict management, empathy, and emotional self-awareness, all of which are essential skills in nonprofits.

Various research studies reveal that companies run by women outnumber those run by men. A perplexing analysis revealed that female CEOs on the Fortune 1000 list made three times more profit than S&P 500 companies that were predominantly male-led! A second study by one of Europe’s largest banks, Nordea, proved that organizations with a female CEO or president performed much better than a major global index over a period of eight years. Credit Suisse also released a research study showing that corporations with more female executives in management positions continue to generate stronger overall higher profits and market returns. To sum up, the connection between better performance and gender diversity is undeniable.

The balance between work and private life, or at least the awareness of it, in the field of non-profit organizations, is also a factor. Work-life integration is a focus for women as well as for the millennia. Non-profit organizations seem to offer more paid vacation time, more flexible hours, and longer vacation plans (often for lower pay than in other fields). It is not surprising, therefore, that women, who still share most family commitments, are keen to join the nonprofit labor force.

In turn, this made women and the female CEOs to “make a difference,” – as it is an opportunity to combine passion and work.

50 percent of Americans claim they would prefer to work in an organization run by women rather than an organization run by men because they have more purpose, and are more amenable to equal pay, based on a study by The Harris Poll, The Female Quotient, and Berlin Cameron. The millennia, for instance, put a great deal of demand on the work culture. They want to be employed in organizations that uphold values such as collaboration, compassion, and the freedom to be oneself. The study also discovered that 71% of women and men feel that having a female CEO gives them the impression that they can also attain a leadership role.

You may have more reason to recruit a female CEO if your nonprofit is in distress. Research indicates that women are more likely to be elected to leadership positions to run struggling organizations. It is believed that women have a better personality for managing a crisis because they are considered more empathetic, understanding, and intuitive than men. Also, women are considered more capable of handling people and situations during a stressful time.

A real-time HR knowledge platform, Peakon collaborates with hundreds of companies around the world to gather employee reviews and analyze feedback to further increase employee engagement. While consistently surveying the global workplace in 40 key areas, Peakon ultimately pinpointed five of the areas in which companies led by women are thriving compared to those led by men: empowerment, communication, belief, mission, and strategy – which are among the core of nonprofits. An unknown subset of the data was analyzed, covering nearly 60,000 employees of less than 3,000 managers. There are 43 countries covered in the data, with the majority of respondents coming from the United States and the United Kingdom.

Female CEOs have also been known to pioneer innovative approaches to mentoring, such as reverse mentoring and peer-to-peer mentoring. These are strong tools for bridge-building to leadership. They are efficient in unlocking the potential of organizations by providing a space for connection, reflection, critical thinking, and knowledge sharing. As a corporate advantage, mentoring is also vital to having more motivated and engaged employees.