Diabetes in Dogs and Cats 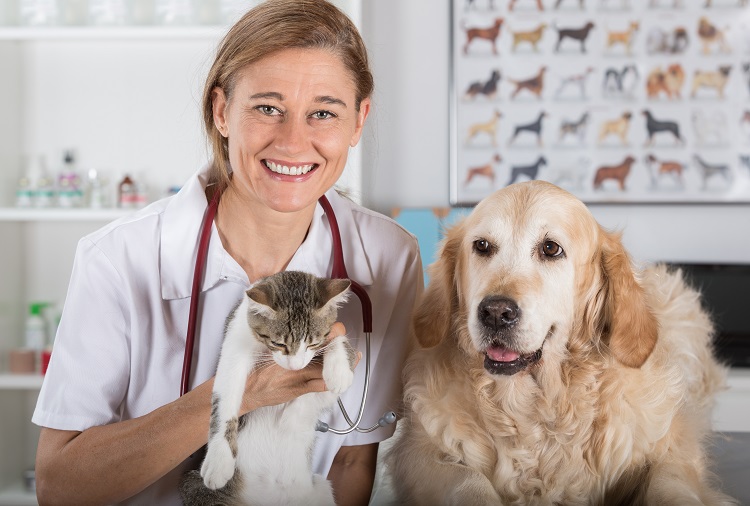 Pet parents must understand that the diabetes is not a temporary issue. It is life threatening condition that requires lifelong commitment to insulin injections and feeding and dietary strategies.

The Diabetes in a Nutshell

There are two types of diabetes:

The most commonly observed signs and symptoms associated with diabetes include:

Although insulin shots are an inevitable part of treatment plan, today, more and more vets and nutritionists accent the importance of proper nutrition.

The best approach for managing diabetes is by proper dietary strategy. Diabetic food should consist of a fixed formula with consistent:

Healthy dietary fiber is an integral part of all diabetic foods. Fiber is the indigestible portion of plant foods and there are 2 types of fiber – soluble and insoluble. Fibers have low caloric density thus contributing in proper and healthy weight reduction. Healthy dietary fibers also promote satiety feeling, thus limiting the voluntary ingestion of food. Additionally, certain fiber, such as CMC (carboxymethylcellulose) slows down the emptying of the stomach, and by doing so, slows the delivery of sugar into the bloodstream.

Tip: When using diabetic food, make sure your dog/cat has plenty of fresh water at its disposal. This is because fibers bind with water and if not drinking enough your dog/cat may become constipated.

Tip: Since any change in carbohydrates affects the amount of insulin needed, try to feed the same amount of the same type of food at the same time each day, ideally in two meals, 12 hours apart.

How to improve the taste of diabetic food?

Even the best diabetic food can be useless if your dog/cat does not like how it tastes. Fortunately you can improve the diabetic food’s taste and make it more tempting by adding:

Tip: Injecting insulin on an empty stomach is forbidden because it can make your dog/cat sick.

Soft, semi-moist and wet foods must be avoided, because they are very high in sugar and stimulate the greatest blood sugar increase after eating.

Can I give my diabetic dog/cat treats?

As funny and mischievous it gets, on occasions your pet is a good boy/girl. And on those occasions he/she deserves a reward. Do not deprive your dog/cat of treats. As long as the treat has low glycemic index and low caloric density it is safe for your diabetic fur baby.

No matter how many insightful blogs you have read and how many well-educated salespersons at local pet stores you have talked to, always go a step further and seek professional opinion. Talk to your trusted vet or dog/cat nutritionist. Every diabetic patient needs tailored approach and modified dietary strategy. A true professional will take into consideration your baby’s:

5 Important Things to Consider Before Getting a Pet

Unleashing the Beast: 5 Things to Consider Before Suing the Dog Owner for Injury
Be the first to comment!
Leave a reply »