When Guys Send Mixed Signals: 10 Examples of Things That Men Do and How to Interpret Them 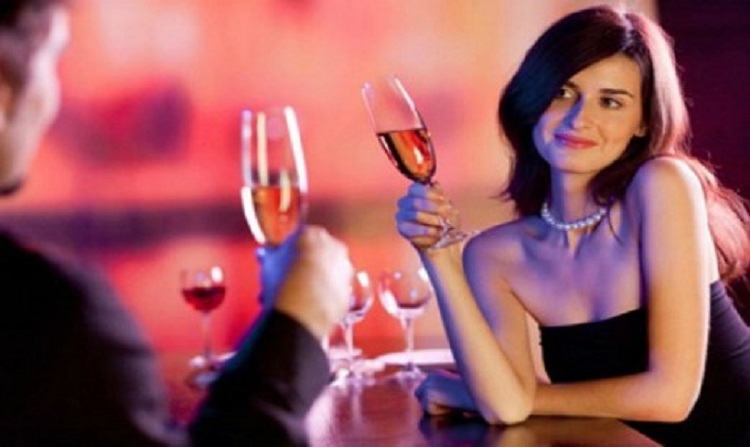 When a guy starts to show subtle signs that he might be interested you need to respond to let him know if you are interested too. But the problem is he doesn’t wasn’t to give too much away too soon in case you don’t feel the same. This can lead to confusion and mixed signals or even jumping to the wrong conclusion. If you are wondering how to tell if a guy is flirting with you or just want to be friends, see the tips below:

This obviously seems like a good sign and it can make you feel special. But keep in mind some people naturally do this a lot. To figure out if this is significant, watch him around other people. Does he do that with everyone or is it something he saves just for you.

He wants to know if you are single

He doesn’t ask outright but hints around the question. So why does he want to know? Is it just about getting to know you? Is he leading up to asking you out? You never know he might be asking for a friend! All you can do is let him know in no uncertain terms if you are available. Then wait and see what happens next.

Learn to read his body language. Things like standing closer to you, touching your arm to emphasize a point in or casually placing his hand on your back or shoulder are ways of testing the water. If you respond by doing the same he will take it as a sign to move things forward. Inappropriate touching – hands on your legs for example when you haven’t encouraged it, suggest his main interest is sex. Also keep in mind that, if the touching seems more like he would do with male friends – back slapping and high fiving he probably regards you more as a friend.

He remembers your earlier conversations

You meet after a week or two and he asks how your job interview/best friend’s birthday party/visit to the dentist went. He’s been listening. He’s been paying attention. That is a good sign. But some people just listen and remember. A lot depends on the kind of things he remembers

Do they tend to be work-related, to do with mutual friends – or more personal?

He gets little nervous when you are around\

You know the feeling. Your legs turn to jelly and your mouth goes dry, which is probably just as well as you have forgotten all the clever things you were going to say. Is that what he is feeling when he suddenly clams up in your presence? It could be. But there is also the possibility that he feels uncomfortable in your presence. It could be that he is aware of your feelings and doesn’t reciprocate so just feels awkward. Either way, try to put him at his ease and let him lead the way.

He talks about feelings

When anyone opens up to you it is a sign of trust and that it something of value. If it is a guy you like it’s tempting to assume to want to deepen your relationship. Pay attention to the kind thing he reveals. If he talks about family and his hopes for the futures you could be right. If he focuses on past relationships and having been hurt he might just want a shoulder to cry on when his next crush rejects him.

Turning up the heat

If you have moved on from talking about what you watch on Netflix to more personal things, you might notice a little sexual innuendo creeping into the conversation. This could show that he is subconsciously trying to figure out if the two of you are likely to be compatible sexually. However, if there is too much too soon it could mean that his main interest is sex rather than a meaningful relationship. Respond to his innuendos in a way that makes you feel comfortable. That way you both know where you stand

This is a way to make contact and open up channels of communication between you especially if you won’t see each other for a while. It could be that he wants to remind you that he exists and let you know he is thinking about you. If so, keep the chat going and see what develops. Of course, if it’s late at night and he has just got home from the works night out and the message is full of typos you probably shouldn’t read too much into it.

He pays you more attention when other men are around.

This may be a sign that he really likes you and is worried about missing his chance. But if the difference is his behavior very marked it can be a warning signal. It could suggest a possessive, controlling type. A small subtle change in attention can be a healthy sign as he realizes he needs to take action if he wants you. Anything more than that and I would keep well away.

He wants you to meet his friends

If he wants to introduce you it means he is happy to be seen with you and to make the connection between you stronger. It could be that he is wondering how you will fit into his life in the future. On the other hand, it might be a sign that he is only looking for friendship. If his best friend’s girlfriend suggests to the four of you go for dinner she probably knows his feelings for you. If they suggest you join the quiz team don’t expect too much – unless you ace the quiz team and win his everlasting love and admiration.

All these signals, especially at the beginning of a relationship, can be subtle and open to misinterpretation. Keep in mind the points above and you will be able to take it to the next level. But if he isn’t interested in you romantically he probably still wants to be your friend and that is always something to be valued too.