Landlord Insurance 101: 7 Tips to Avail The Right One
‹ ›
TRENDING NOWTRENDING

What’s in a Tie? Tips for the Modern Man 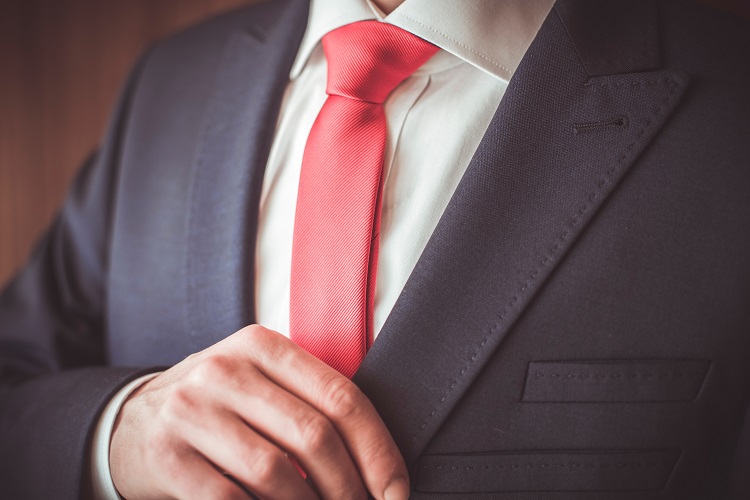 Buying a necktie is all about good coordination, but that’s not just a matter of having a talented eye for color and style. You can learn to choose the right necktie, as long as you know where to look and what to look for. Let’s dive right in and help you choose the best tie for your line of work and lifestyle.

Like most of man’s best-known fashion choices, the necktie originated in the military. It was a fashion fad born out of a foreign Croatian legion marching in France during the 17th century. The French elite, enamored with other strange fashion choices such as walking on stilt-like platform shoes, took on the style of that legion and grew throughout Europe, known by several different names.

The French called it the cravat. The Croatians named it the kravata. The Germans call it the Krawatte. On this side of the pond, it’s the cravat: a neck cloth stuffed underneath your clothing, for protection against the elements. It’s lesser known today than in the past, but as per the Telegraph, it has been making a comeback.

With time, fashion evolved – as it does – and the cravat gave birth to the tie in its various forms, most famously in the form of the necktie and bow tie. Now, while bow ties are typically reserved for tuxedos, the modern necktie is an essential fashion piece in the arsenal of any man of style. Carrying a tie well requires an understanding of psychology and the rules of geometry.

To truly stand out from the boring old crowd while commanding a look that beckons for respect and an appreciation of taste, you need to be careful about your choices. The first rule is the rule of color. This is what the necktie is all about, and as one of the more common men’s accessories out there, you won’t have trouble finding one you like through online sites like DailySale.

The Rule of Color

Fashion is a fickle thing, and one proof of that is how two nearly identical designs can be differentiated immensely purely through the use of different hues. When choosing a shirt and tie of more than a single hue, you need to be aware which hue is the most dominant.

When repeating colors, it’s important to repeat the right one. Say you have a brown shirt. Pairing it with a blue tie is a no-no. Brown is an earthly tone, and what you don’t want is the contrast of a cool tone. Greens work well, but typically, a soft pink with a matching brown accent allows you to blend the hue of the tie into your look while keeping it different enough to allow it to do what it aims to do (pull eyesight).

Neckties, in the world of business, are all about psychology. Red ties are power ties, because red is aggression. It’s also not typically an abundant color in a lot of corporate events. Its bold-faced nature will draw eyes onto your torso, and its linear form points to your face.

Cool colors are less aggressive, but allow you to exude a greater level of calm and control over a given situation. Blue conveys being trustworthy and smart. Matching colors even just subtly in your shirt and tie allows you to make combinations that you might have otherwise not tried. Don’t be too bold, though. A bright orange tie on a navy blue dress shirt causes aversion, not incitement.

The Rule of Patterns

Don’t be afraid, however, to work with your patterned shirts as well. Patterned shirts are notoriously hard to pull off when paired with a tie, because they’re such an unusual look in the world of fashion. You may see great combinations on the runway, but out in the real world, barely anyone manages to do it right.

There are a few rules to help you with that. Specifically, match patterns of different sizes and weights. A shirt with a fine pinstripe pattern will not do well with a tie that matches in a similarly-thin grid or diagonal stripe. Go for something much more aggressive and thick on the tie, like a regimental stripe or a complimentary paisley. Don’t wear shirts with aggressive patterns if you’re planning to go with muted ties. The tie is meant to break up the monotony of a shirt, not ineffectually fight off against its bravado.

Whatever you do, however, make sure you get yourself a proper tie. Clip-ons are a cop-out, and not for the modern man. While Tie-A-Tie notes that only about 1 percent of men in the US can really tie a tie, strive to be among the one percent who can pull this feat off.

10 Accessories for Every Working Woman

Choosing the Best Lasers for Your Spa

4 Things to Look for When Buying the Watch of Your Dreams
Be the first to comment!
Leave a reply »

7 Essentials to You Need When Running A Child Care Centre
Nothing to see here.